Unable to make it to the meeting?

Here are some highlights of the afternoon…

At the 24th HADARA AGM, held on 22nd November 2017,  all of the committee, including the Officers, agreed to stand for another year.

Lee Scotting agreed to stand as our Auditor.

Before the above elections, the meeting heard reports about clubs, events and activities throughout the year.

Below are some noteable extracts…

Our current membership is 169 and the average attendance at our monthly meetings was 63.2%, which is almost two thirds of members attending each meeting.

Jim Silvester told us that the wine club continues to meet on the third Tuesday of the month and there are currently 19 members.

There have been 18 organised lunches during the year with an average attendance of 30 people. Brian sought a volunteer to take over the Lunch Club but as none was forthcoming agreed to continue running it next year at just one lunch per month. Members may be asked to pay a deposit in future when booking lunch.

May Park said that she had planned a trip to the Isle of Man next September but it is now too late to book and suggested booking early for 2019 in May or June. She will talk about this again next year.

Jim Silvester has booked again with Warner at Holme Lacy, Herefordshire for 2018 and is also considering a short break to Liverpool.  The Liverpool museum is exhibiting some of the Terracotta Warriors next year.

A cheque for £1124 was sent to “Ellenor” which was raised by the annual coffee morning, plus the proceeds of Hugh’s trips taking members’ rubbish to the dump.

Barbara Roberts sadly had to report that numbers had still been falling through one reason or another and she needs to recruit some new members in the coming months if the club is to survive. She also advised that there will be no Arts and Crafts meeting this December.

Afterwards everyone enjoyed nibbles, drinks and the raffle. 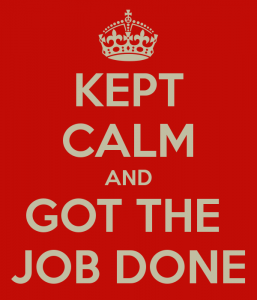 The meeting closed just after 3:00pm.

Back to Home Page